Back to the top
×
Live shows

We had been planning a show local to home for a long time, we just couldn’t find the right venue for The Zoots to play. We rehearsed at the Wyvern Theatre a couple of years back and thought about St Johns but couldn’t decide. I’d been to Marlborough Town Hall but had never been upstairs,  I arranged an appointment and immediately thought it would be a great venue for a Halloween show. It was designed in Victorian times and has a fantastic history and even has cells in the basement for the naughty people.
We booked the hall, got some printed tickets and started selling! We had a great start to sales from our lovely new neighbours who bought the first 60 tickets! We were also very lucky to have the support of Marlborough Academy of Dance and Drama. Cheryl Heuston who runs the academy put together two brilliant Halloween themed dances for the students to open the show. We also planned for one of Ben Jones’s guitar students Ellie to make a guest appearance too. The local press were also very supportive as were Mercers of Marlborough.

Setting up took a long time as we had to make the hall look extra spooky. Luckily we had some extra help from local musician Andy Shaw how also took some of these photos (Thank you Andy)! We also had my brilliant niece Dottie and her fab friend Jessica who started carving pumkins and sign writing from 9am! Harriet’s Mum and Dad were absolute superstars helping us to decorate the hall and getting some last minute things. I really don’t know what we would have done without them. As people started to arrive I saw some fab costumes! The stage was set, the atmosphere was electric.

The brilliant students of The Marlborough Academy Dance and Drama started off the show with their version of Ghostbusters! Wow it was fab! Thank you so much to the lovely Cheryl Heuston for organising the dancers and directing all the choreography, it was excellent!

We’d spent months preparing for the concert and after a long day setting up, sound checking and decorating the room, we were just about ready to start the show.  Ben was dressed as a skeleton, Simon as the grim reaper, Tommy was dressed as the Phantom of the Opera and I dressed as a creepy ring leader, it reminded me of Mick Jagger from The Rock ‘n roll Circus. Tommy did a fab job starting on the double bass which he has only been playing since August! We started off with ‘Halloween Blues’ and got everyone warmed up.

Simon Small our drummer (aka Grim Reaper) debuted his vocals on ‘The Monster Mash’, a Halloween classic and a fab performance. More singing excellence from Simon, who only started singing 14 months ago! He even wrote some of his own lyrics!

We had the dance floor packed thanks to the enthusiastic crowd for our first local show. Everyone sang along and were shouting out loud! It was getting hot, hotter than hell like a firehouse!

To end the first show we had a guest star by the named Ellie Britton Le-Bihan. Ellie is one of Ben Jones’s guitar students and she bravely took the stage totally unphazed by our scary costumes. Simon started on a bass drum and we performed ‘Iron Man’ by Black Sabbath. Ellie’s guitar playing and performance was outstanding and it was a great way to finish the first show.

After a quick drink, quick change, we had another star performance from the students of MADA dancing to the Time Warp. For our second show Tommy changed into a burnt semi naked Fireman, Ben into a halloween pirate and the rest of us took off our jackets. Tommy debuted his singing of ‘Ghostbusters’ and ‘Smooth Criminal’. It sounded really cool or ‘Sick’ as Tommy would say.

The winners of the best fancy dress went to Mark and Alison Richardson who dressed as the Devil and a Skeleton. They won their very own his and hers Zoots t shirts. Also a special mention has to go to the Lloyd / Bond family who dressed as the Adams Family.

Special thanks to Hayley and all the team from Mercers of Marlborough who ran the bar and also helped us to sell tickets. Cheryl Heuston and students of Marlborough Academy of dance and Drama did a fantastic job. Thank you to Dottie Lowther and Jess for putting in a 14 hour shift. Also to Sam who came on stage when we performed ‘Monster’. Ellie who was fantastic when she performed on stage with us. Thank you to Andy Shaw who helped us lift the gear up and down the stairs and also for the majority of these photos. Thank you to Ben, Simon, Tommy for making sure all your friends came and all the extra work you put into your costumes and learning the Halloween songs. Thank you so much to Harriet who spent weeks working on the concert, designing the artwork, sending all the tickets, all our social media and buying all the decorations.

Here is some video footage of the night.

Thank you so much to everyone who bought tickets, especially our neighbours, friends and families.
Our next local show is at The Beacon Theatre in Wantage on Thursday 22nd December for a Christmas Special show. Tickets are £14 and a re selling fast. Please call 01235 763456 to book tickets or click here to go to The Beacon website. 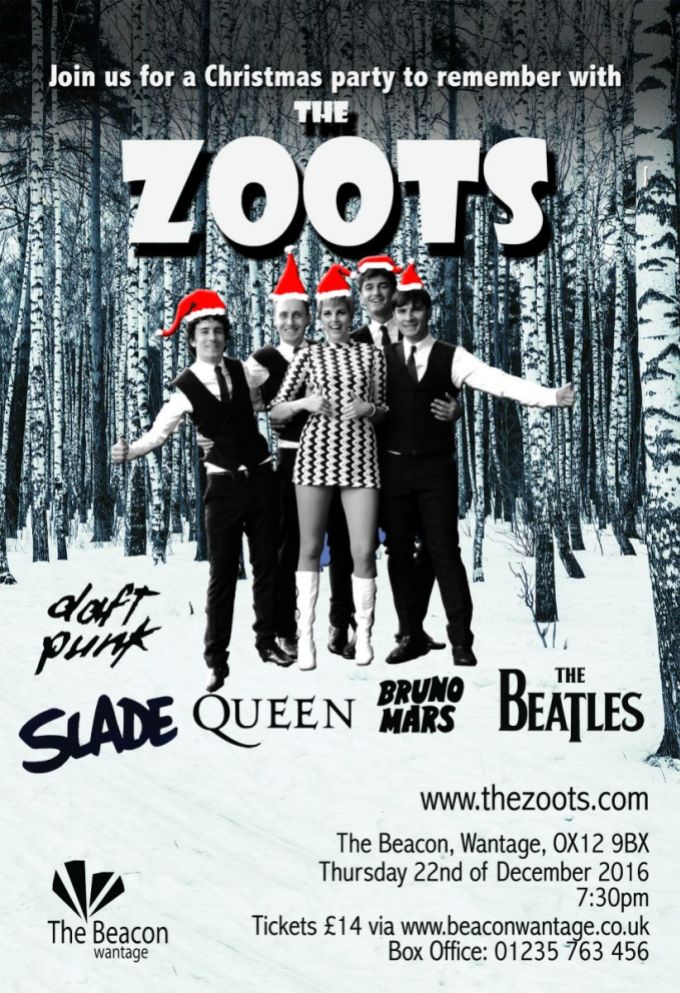